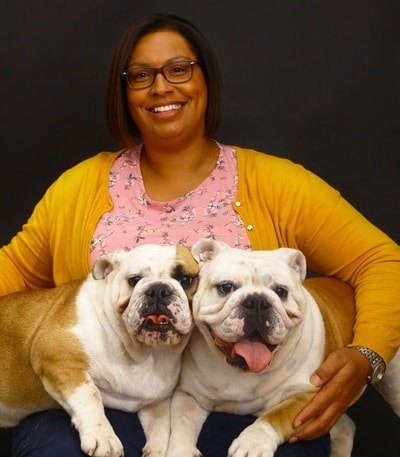 I was first introduced to the breed aged 6 when my family acquired a pet Bulldog, much to one of my brothers persistence! Nine years later in 1997 my mother, Jackie and I founded our ‘LaRoyal’ affix and within two years I had campaigned Ch Balfour Action Man of LaRoyal JW to 7 CCs & 5 RCCs aged 17. I bred my first studbook winner, LaRoyal Big Brother of Bulltannia two years later and in 2004 I started judging. We are a small and extremely select kennel, normally only campaigning one dog at a time.

To date I have bred four Junior Warrant winners, CC winning siblings LaRoyal Glorification and LaRoyal Luther King JW ShCM and Champion LaRoyal’s Best Kept Secret. In 2013 our kennel acquired its 20th CC along with top titles including Crufts Best of Breed, Top Bulldog and Bulldog of the Year - Best Opposite Sex, we have also been fortunate to have been awarded Bulldog of the Year - Reserve Best Dog 2011, Crufts Reserve BCC 2008 & Best Female (BCC) 2014 & 2015. I have served on various committees during my twenties including The Bulldog Club Inc, which I was also an area correspondent for nearly five years and the French Bulldog Club of England. I have held the position of Honorary Secretary of the Junior Bulldog Club since I was 27, in 2009 until 2017.

I will always try to continually learn in "the world of dogs", and attend educational, developmental seminars when possible. In April 2004 I became fully qualified to micro chip pets, which means all our pups are micro chipped before they leave for their new homes.  I have stewarded numerous times at dog shows starting in 2000, and hold Stewards Guild certificate.  Since then I have been approved by the Bulldog Breed Council to judge, and have fulfilled numerous appointments.  I’ve had the honour of judging Italian Bulldog of the Year (BOY) 2012, Spanish BOY 2015 and I’m also on the judging list for French Bulldogs and a few other breeds which are detailed here. 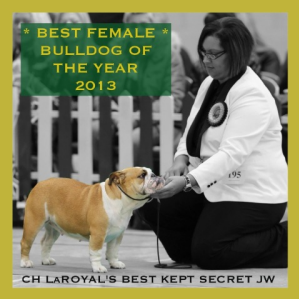 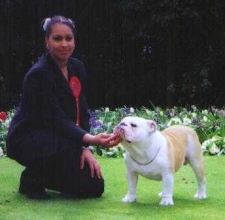 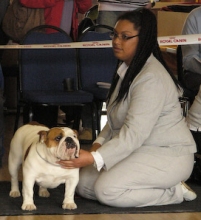 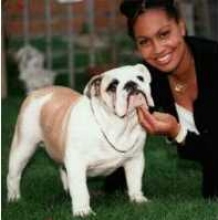 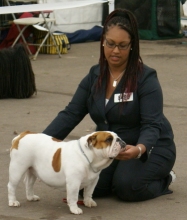 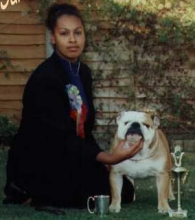 It was my youngest son that originally got the family hooked on the bulldog breed. He had been borrowing a book from the local library that had a bulldog on the cover. I wasn't made aware until I bumped in to the librarian who commented that he had been the only person so see the book due to his continuous borrowing of it! After investigation and discussion, we came to an agreement that he could have a bulldog, but only if he saved for half. Well after making this promise, and then delving in to the breed abit more we soon realised that he'd be saving well in to his twenties before he ever had enough money to afford one! So we opted to rescue a bulldog instead. And that's were the story begins!  Since our first bulldog our love for the breed as only grown.

Since Sara keeps the website up-to-date and deals with the queries through that channel, I tend to the stick to the more traditional route and man the phone! I welcome any genuine interest in the breed, and will give advice when ever asked for. I feel one the best attributes I can bring to this breed, is to pass on any useful experience and knowledge I have gained in the breed  myself so far.